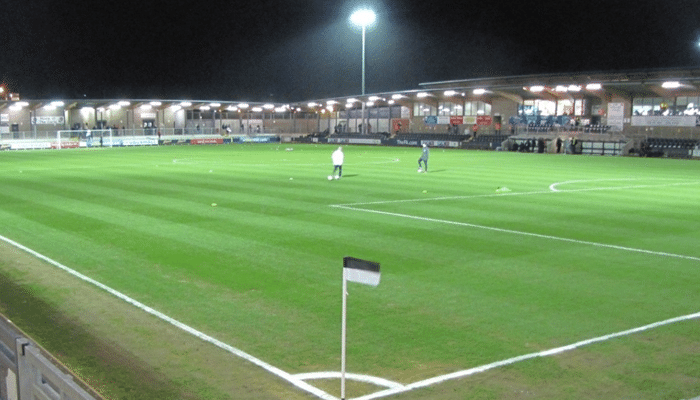 Following on from the establishment of a player pathway to their Mens First Team, Dartford FC are pleased to announce that they are establishing the same pathway for their girls.

Over the last two years, the Club has set up a thriving girls section within our Pre-Academy. We now have U13s to U16s squads and this is underpinned with funding from the Kent County Council, where in partnership with local schools we are recruiting, training and providing an exit point into our Pre-Academy, for local girl footballers. Having established a Post 16 (6th Form) educational pathway to A-Levels for our boys this academic year with The Leigh Academy, we are establishing the same for our girls and for those who wish to join our scheme. Girls will be able to take combinations of BTEC and A Level qualifications, whilst training and developing as a footballer for Dartford FC. This sets Dartford FC apart from all other Non-League clubs in our region and only our professional colleagues offer anything near similar to this fantastic opportunity for young women, aspiring to play at the highest levels in the game.

We will be looking to recruit 24 players for the girls Academy this year and together with some older players that we will also be recruiting, they will represent Dartford FC as our first home-grown Ladies First Team. One of our coaching staff members Katy Galloway is one of the first to be recruited into the squad. A former Charlton FC Girls player, she will provide the kind of experience and support the young Academy players will need.

Steve Irving, Club Chairman said “The addition of a girls academy and Ladies First Team is such an exciting development and will complete our player pathway for both boys and girls. It will also enhance our ambition to become a truly great community club”.

The new Ladies First Team squad will be entering the South East Counties Women’s Football League and will play their home games on the Community pitch at Princes Park on Sunday afternoons. We hope that our fans will provide the kind of fantastic support that they do to our current First Team by coming along to cheer them on.

We hope to be making the Community pitch a ‘smaller stadium atmosphere’ over the next 6-12 months with the addition of a stand, railings and covered area. A great place to come and support our youth teams and the Dartford FC Ladies.